A brief history of Contour Lines 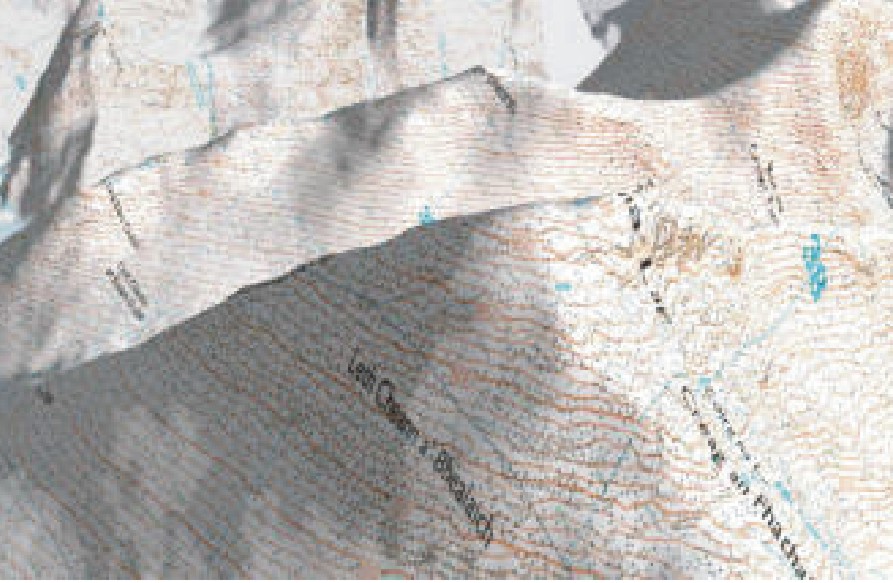 When looking at a map probably the most obvious thing you’ll notice is that it’s covered with contour lines.

As good a place as any to start this whiz through history would be with a song by Dire Straits, “Sailing to Philadelphia” which is about two English cartographers, Charles Mason and Jeremiah Dixon. They were asked to resolve a border dispute between the British colonies (current day USA) of Maryland, Pennsylvania, and Delaware during the 1760’s, by defining the boundaries between them. This later became known as the Mason Dixon Line.

To ensure the line dividing the colonies was accurate Mason and Dixon used many different types of equipment such as plumb lines (a string with a weight on one end) and spirit levels. Each day they would survey their route with great care then, to check they had not made any mistakes, they would do the same in reverse. This should, if there were no errors, bring them back to the precise location they started from.

But each day they found that they returned to a different point: something was wrong.

They sent their results back to London where Henry Cavendish of The Royal Society noted that the weight at the end of the plumb line may have been attracted to the Allegheny Mountains, which were just to the south of Mason and Dixon’s survey route. This effect had been proposed by Isaac Newton in his Law of Universal Gravitation which stated that all mass (physical matter) exerts an attractive force on all other mass. The larger the combined mass of the objects was and the closer the two masses were, the stronger the attraction and vice-versa.

It would also enable more accurate surveying such as on the Mason Dixon Line. If the mass/density of the Earth could be discovered its gravitational pull could be calculated and any deviations accounted for.

The Royal Society hit upon a simple idea. As the size and volume of the Earth had been, approximately, known since Eratosthenes (276bc to 194bc) had calculated its diameter. They reasoned that if the weight on a plumb line was attracted towards a mountain of a known volume and mass, they could use the amount of attraction to extrapolate the mass/density of the Earth.

But this, of course, lead to another problem, how do you find the mass of a mountain?

In 1772 the Royal Society formed a committee to find a suitable mountain were Newton’s theory could be tested. The mountain needed be far enough away from other mountains to reduce their gravitational pull and be reasonably symmetrical, to enable it to be surveyed to a high level of accuracy.

(OK it’s not really a “pull” but rather, as Einstein taught us, it’s an effect – but that’s a different blog)

Schiehallion (she-hal-eon), a mountain in Perthshire, central Scotland, was chosen.

A plumb line was set up at various points around Schiehallion and the (tiny) amount it deviated towards the mountain was noted. The next thing needed was to find out how much mass there was in the mountain and for this a very accurate survey was needed.

The lead surveyor on Schiehallion was Charles Hutton who started his task by taking thousands of compass bearings and (theoretically) dividing the mountain into many regular shapes: so their volume could be calculated. As he knew the mass/weight of the rock (quartzite) he should have been able to add together the dimensions of the shapes to arrive at the combined mass of the mountain.

But this did not work.

He noticed that the vertical distances on the mountain (measured by a number of highly accurate barometers) was not the same as the sum of the heights of the various shapes.

Obviously he couldn’t go round the mountain with a ruler and measure every single rock and depression but, having previously been a Professor of Mathematics, he understood that the theory of Linear Interpolation could be used in this situation. This is a method of calculating new points between measured points, just as the Ordinance Survey does today.

So Hutton did not need to take barometric (altitude) measurements at every point on Schiehallion. All he needed to do was to take a reading at a few points at the same altitude and then place other markers between those and all the markers would be at the same height.

If these marker points were set at regular vertical distances and their location was drawn on to a chart, a line drawn on the same chart joining each marker point, of the same altitude, would define the shape of that horizontal “slice” of the mountain.

If you continued to do this at regular vertical intervals from the bottom to the top of the mountain you would have invented contour lines: as Charles Hutton did.